Surge’s work extends far beyond the families we provide safe water access to.

Last November, Neelam Patel, a new Surge volunteer, and Amal Isa, a long-time Surge volunteer, traveled to Kaberamaido, Uganda, with Shilpa Alva, Surge’s Executive Director. In less than two weeks, the team was able to visit and train more than 17 schools and women’s groups with Surge’s signature WASH program, assess over 25 water sources, and work closely with our local partners at POPOW, who are some of the most dedicated and passionate people Neelam says she has met.

Neelam shares that she learned “about latrines, borehole, wells, and water filters. [She] learned that some people drink water from swamps, or clean their water with bleach, or have to walk over 1 mile to get clean water for their family.” Amal and Neelam had the chance to meet community leaders and talk to them about the problems their communities were facing, and then go to schools to teach students how to properly wash their hands as well as practice other basic sanitation and hygiene practices. They were able to talk to people who bought water filters and now have decreased stomach pains, decreased trips to the doctor, or increased business if they own restaurants. 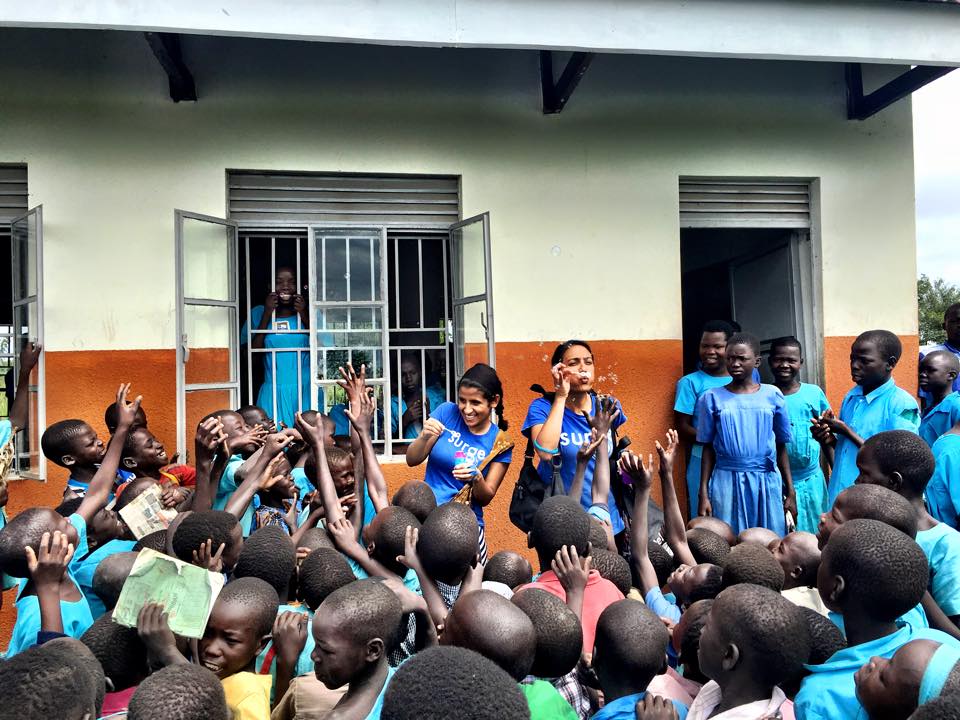 With Surge team members visiting Kaberamaido, the importance of clean water has since been noticed by much of the community (more than 230,000 people). POPOW shared that our visit has built more confidence in the community of Surge and POPOW’s interventions and intentions. POPOW also reports that personal hygiene among students at schools the team visited has significantly increased, and that many students have fully adopted the practice of washing their hands after using the toilet. Something as simple as proper hand washing can stop the spread of illnesses like diarrhea by 30 to 50 percent!

Neelam enjoyed her experience with Surge, and more importantly, she enjoyed seeing how people’s lives can be transformed once they have access to clean water. Neelam shares, “The fundamentals and ethics of Surge for Water are phenomenal. They have pure intentions and their primary goal is to improve the quality of lives around the world. I was truly honored to be part of this team.”

Upon returning to Chicago, Amal was deeply struck by the contrast back home. She talks about how so many of tend to be so wasteful with so many resources: from leaving the tap running unnecessarily to extreme shopping during the holiday season. She will forever be more conscious about waste, as she thinks about young girls not having simple things such as mattresses and pillows to sleep on, underwear and menstrual hygiene products and of course water and sanitation access. She shares, “ Surge is an amazing organization that does so much and wants to do even more. I want to help and be a part of the mission in any small way that I can. I love that 100% of the money that Surge raises goes directly to people and projects most in need.” 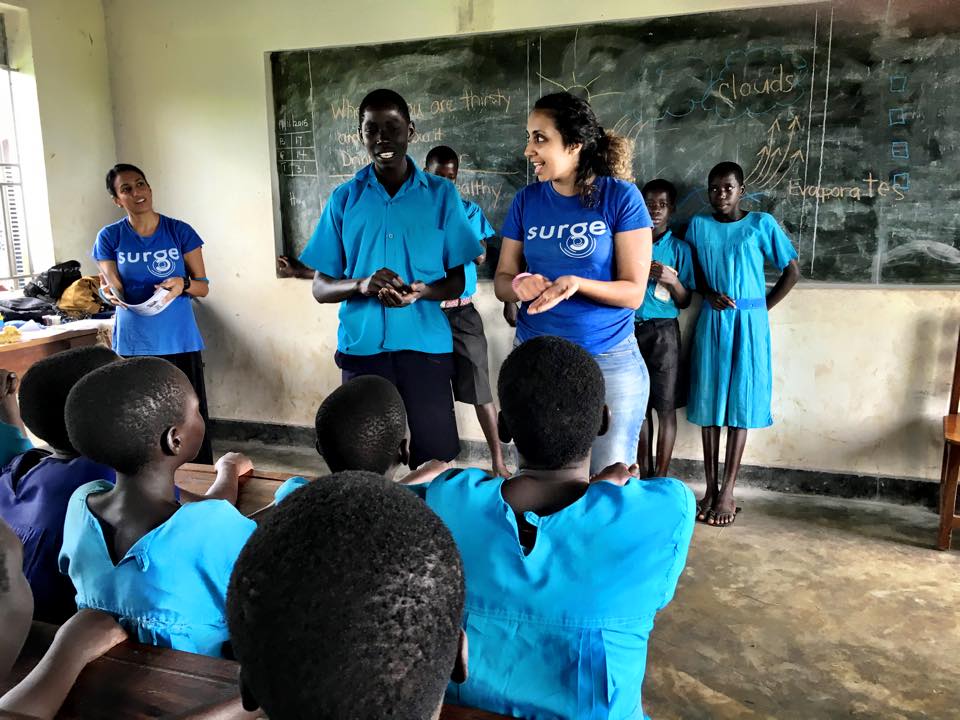 As an act of gratitude for their long global trek to a remote district in North East Uganda the local elders christened the team with tribal names. Neelam is named Ageno, meaning Trustworthy; Amal is named Akisa, meaning Merciful; and Shilpa is named Akello – meaning ‘The one who brings others.’ They each embody the spirit of their names – and Shilpa has since already returned with three other Surge members — the second of many Surge trips to this sister community in Africa!

If you are interested in joining us on an Impact Field Trip and earning your own tribal name, contact us. We’d love to share this experience with you!